Commercial plumbing is very different from plumbing for homes. Part one of a two part series explores why you should hire a professional for your business. 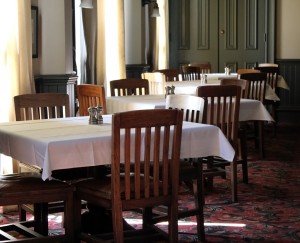 We once had a customer who had a bistro who ended up needing a commercial plumber in Tampa.  We’ll call her Tara.  Tara bought the business from someone else, and didn’t realize that she had been sold a time bomb.  The previous owner was aware of the fact that the drain was bad. In fact, the bistro was at the end of the sewer line and had been backing up for years, because of the grease clog that had kept building up.  Then one day, like a string of dominoes, all the other businesses started having their toilets back up and overflow.  Tara didn’t know there was a problem until the plumber came in.

We were very busy that week.  Tara was lucky because we were able to get to the problem quickly.  However, if it had gone on, the other businesses could have sued her.  It wasn’t Tara’s fault obviously, but it still could have been a costly and drawn out legal battle, all because of a clogged drain.  What’s more, the city could have fined her as well.  All she got was a warning.  It could have been a lot worse, though.

Property Damage From a Plumbing Screw-Up

We had another customer.  We’ll call him Alex.  Alex wanted to save money on installing another urinal in the bathroom, so he tried to do it on his own and didn’t call a commercial plumber.  He didn’t tighten the pipes in his shop, and the shop next door ended up getting flooded.  He got sued by the business owner, their insurance, and ended up closing his business permanently because of all the fines from the city as well.

So as you see, sometimes, it’s not best to do it yourself, and you need to be careful what you buy.  And if you have a business, you want to make sure that you have a few numbers on speed dial.  For finance, have your bank or financial institution.  For insurance, have an agent.  It wouldn’t hurt to have an electrician and emergency numbers such as police and fire too.  But make sure you have one other number as well.  Make sure that you have the number of a Tampa commercial plumber.

For more information on commercial plumbing in Tampa, be sure to read part two as well.

Read one of our other articles about commercial plumbing.