Lift station repair Tampa is one of those things unique to Tampa. A lot of Tampa is low lying land, and as such, pumping stations have to be used to move water as well as sewage. Be sure to read part two of our series.

What are Lift Stations? 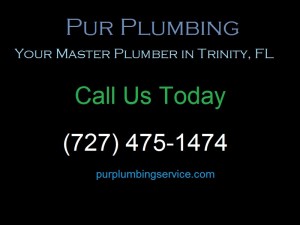 Lift stations a handle raw sewage that is fed from underground sloped pipes. They make it so liquid can flow in one direction under gravity. Sewage is stored in an underground pit or wet well. Equipped with sensors that determine how much sewage is present in the well, when the sewage level rises, a pump automatically lifts the sewage upward. The sewage is passed from pump to pump until it ultimately reaches a sewage treatment plant. Lift stations that need lift station repair in Tampa are a potential health risk. Why?

If sewage isn’t kept flowing, a backup in the sewer system can occur. If the backup is bad enough, the sewage can reach ground level. If you’re exposed to raw sewage you could be exposed to a lot of dangerous stuff, from e-coli bacteria to hepatitis A and everything in between. Repairing a lift station in Tampa isn’t just about convenience, you see, it is also about health.

My Lift Station Needs Repair, Should I Worry

Yes and no. There are usually redundancies built into any system, including pumping stations. However, if enough pumping stations go out, a sanitary sewer overflow can occur, which means the discharge of raw sewage into the environment, with all of the related health risks involved. You could be fined by the city of that occurs, and considering how serious of a health risk it is, the fines could be substantial. So instead of letting it go, get lift station repair instead.

Let’s face it, sewage pumping is not high on the list of things people want to talk about, much less think about. But ask yourself this. Would you rather deal with it early on or have to get emergency lift station repair in Tampa instead?